I was saddened to learn from Karon Buckley that two of our historic houses were recently demolished: the Kosel home at the northwest corner of Redland and Plummer and the Schaff house, on Krome at 273rd St.

The Kosel house was not in very good condition due to its age but hopefully, some of the Dade County pine from it was salvaged and put to good use. The Schaff house, on the other hand, looked like it could have been renovated. However, I have no knowledge of its condition other than viewing it from the photographs taken by the Florida Department of Transportation.

I’m posting the following, kindly provided by Bob Bow, who knew Howard E. Schaff and his wife, Arrie, when he was a child at Palm Lodge. The source is the Centennial History of Missouri: One Hundred Years in the Union 1820-1921, Volume 2, St. Louis-Chicago: The S.J. Clarke Publishing Company, 1921.

Charles E. Schaff, receiver for the Missouri, Kansas & Texas Railroad Company, was born on a farm in Licking county, Ohio. February 4, 1856. He is a son of the late Isaac M. Schaff, who was also born in the Buckeye state and represented one of the old families there of Dutch descent. In early life the father engaged in agricultural pursuits and later turned his attention to railroading, becoming connected with the train service of various roads. He passed away in Carroll county, Missouri, in 1888, aged fifty-seven years, having become a resident of Missouri four years before. He married Angeline Cleaves, a native of Maine and a representative of one of the old New England families of English lineage. She is now living in Columbus, Ohio. By her marriage she became the mother of seven sons and six daughters, of whom eight are living.

Charles E. Schaff, the eldest of the family, was educated in private schools of Virginia and at the age of fourteen started out to provide for his own support. He was first employed as water boy on the Pennsylvania Railroad and initiated his business career with a wage of fifty cents per day. Later he took up railroading and was advanced through various parts of the train service, acting as supervisor and in various executive positions. His first official position was that of train master for the Big Four Railroad in 1889 and he acted in that capacity until the spring of 1891. He was next made general superintendent of the Peoria & Pekin Union at Peoria, Illinois, so serving until July, 1893, when he was made assistant to the president of the Big Four, occupying that position until September, 1894. Later he became assistant general manager, which position he filled until November, 1896, after which he was general manager until January, 1906, or for a period of more than a decade. His next official position was that of vice president of the New York Central Lines at Chicago from 1906 until 1912, when he became president of the Missouri, Kansas & Texas Railroad Company and was its president until September, 1916, since which time he has been receiver for the company. He is likewise a director of the Mississippi Valley Trust Company of St. Louis and is a director of the Terminal Railway of St. Louis and its various subsidiary lines. Throughout his life be has been connected with railway interests and his progress has been continuous. His constantly developing powers have qualified him for added responsibilities and duties and he has long figured prominently in official circles in connection with railway interests throughout the middle west.

On the 31st of December, 1878, in Columbus, Ohio, Mr. Schaff was married to Miss Leila B. White, a native of Ohio and a daughter of George and Hettie (Ehrhart) White, both of whom have passed away. Both were representatives of old Ohio families. Mr. and Mrs. Schaff have two children: Howard E., who was born September 23, 1880, at Columbus, Ohio, married Miss Arrie Hughes of Louisville, Kentucky, and is a resident of Homestead, Florida; the younger son, Frederic A., born in Nelsonville, Ohio, May 24, 1884, wedded Mary Lee Meyer of Brownsville, Texas. They reside at Bronxville, New York, and have two children, Mary Jane and Mary Alan Schaff.

In his political views Charles E. Schaff is an earnest republican. Fraternally he has become a Knights Templar Mason and he belongs to the Noonday, St. Louis, Round Table, Bellerive Country and Country Clubs of St. Louis, his social standing, like his business position, being most enviable.

Here is a historic photograph of the Howard Schaff house, formerly located at 27450 S.W. 177 Ave.:

Here is a photograph taken in 2005, for the Krome Avenue widening project, compiled for the Florida Department of Transportation: 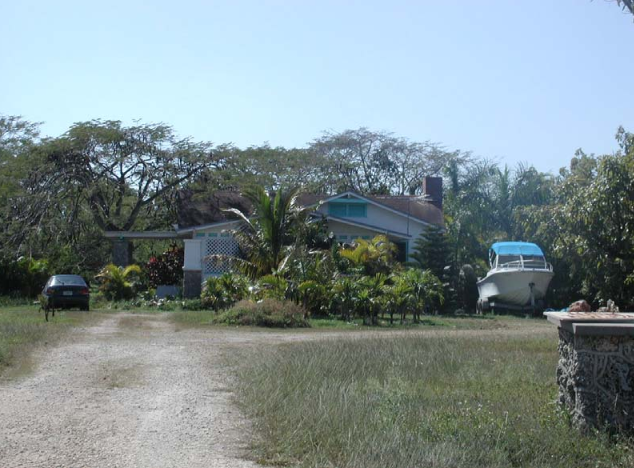 And here is what was left after the track hoe operator finished: 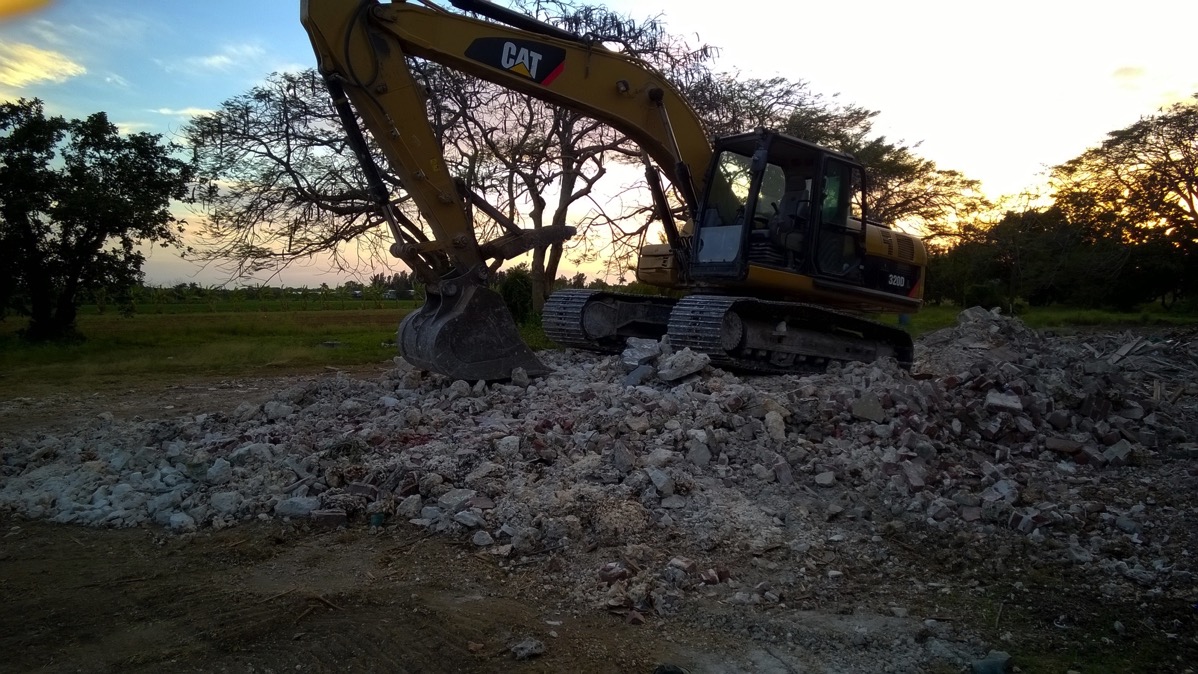 The house was a wonderful example of early Dade County vernacular architecture. It was eligible for inclusion on the National Register for Historic Preservation, according to the report for the Florida Department of Transportation, which is widening Krome Avenue, much to the dismay of agriculturalists in the Redland. Apparently, the owner decided that the increased traffic on Krome Avenue, a result of the widening, would make a commercial re-zoning of the property economically feasible. Even though the house would have been situated 204 feet back from Krome Avenue after the widening, developers prefer a piece of property with minimal issues and the presence of a house designated as eligible for the National Register of Historic Preservation would definitely present a problem.

Such is the fate of historic properties in Miami-Dade County. The possibilities for financial gain almost always win over historic preservation.