↓
Home→Agriculture→How Franjo Road Got Its Name

I recently wrote an article about Baile’s Road, which I had always been curious about because it did not follow the rectangular grid of Dade County’s streets and avenues. There is another road in South Dade which does not follow that rectangular grid either: Franjo Road. How did it get its name? 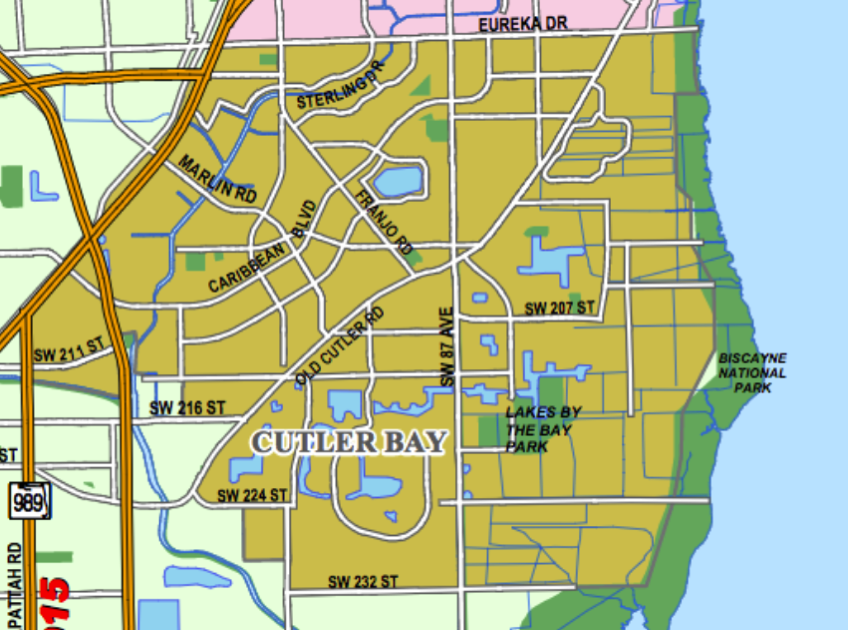 John Hill Ehrehart was born on May 24, 1856 in Selinsgrove, Snyder County, Pennsylvania, the first child of the Rev. Charles John Ehrehart and his wife, Martha Elizabeth Hill. His father was a well-to-do Lutheran minister with real estate valued at $8,000 and a personal estate of $2,000 in 1870. Charles was a graduate of the Gettysburg Seminary in 1852, one of the founders of the Shamokin Institute, a public school in Coal Township, Northumberland County, Pennsylvania and the principal of the preparatory department of Pennsylvania College, a Lutheran school, from 1865-1870. It was renamed Gettysburg College in 1921.

Ehrehart graduated with a civil engineering degree from Pennsylvania College in 1874. His first job was as a locating engineer on the portion of the Atchison, Topeka and Santa Fe Railway that passes through Pueblo, Colorado. He then worked on the construction of a spur line of the AT&SF into Socorro, New Mexico in 1880. In 1883, he was in Little Falls, Herkimer County, New York, where he was the locating engineer for the trackage of the New York, West Shore and Buffalo Railway, then being built there. 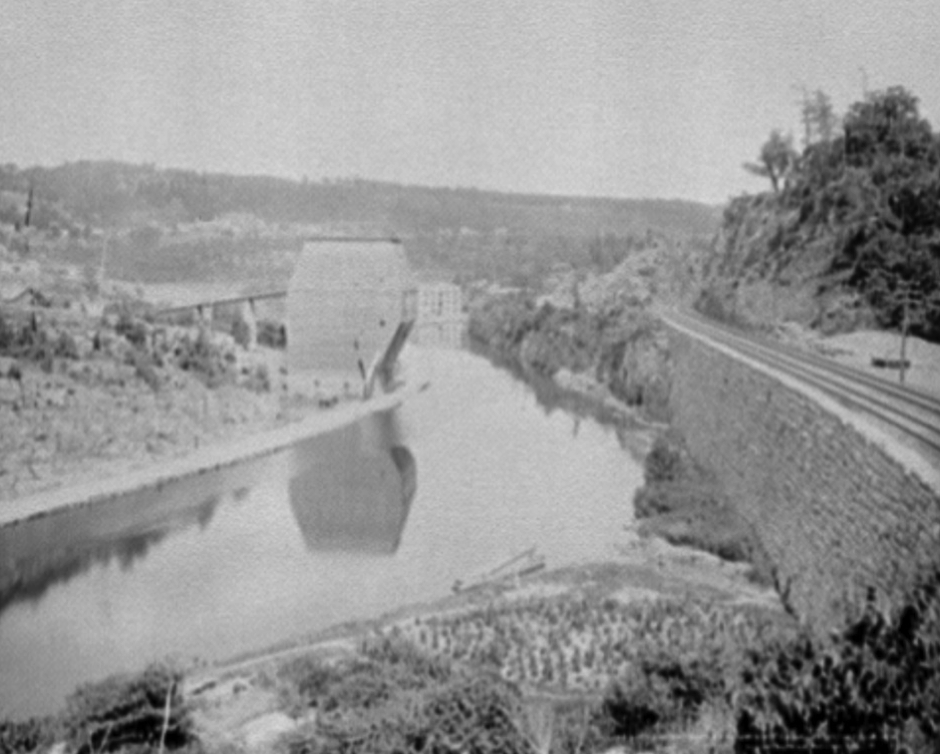 Courtesy of the Library of Congress

The New York, West Shore and Buffalo Railway was built as a competitor of the New York Central (NYC), owned by William H. Vanderbilt, but it was forced into bankruptcy by them and added to the NYC in 1885.

John H. Ehrehart met his wife, the former Frances L. Weeks, in Little Falls and they were married in 1883. He and his wife lived in Piercefield, NY in 1910, where he evidently had been working for the Rome, Watertown and Ogdensburg Railroad, which became a subsidiary of the NYC in 1891. They then moved to New York City, where he became the land purchase agent for the New York Central. He later was promoted to an executive position with the NYC.

Because Ehrehart was a consulting engineer for the NYC and had a national reputation, he was very familiar with Henry Flagler’s Florida East Coast Railway Key West Extension, which was started in 1905. In a brief notice that appeared on January 15, 1909 in The Miami Metropolis, it was noted that “Mr. and Mrs. J. H. Ehrhart arrived here yesterday from the Keys where they have been spending several days …” It is possible that he played some role in the construction of the Key West Extension. It is doubtful that this had been his first trip to this area.

On September 27, 1905, Ehrehart purchased 240 acres from Carrie Root in section 9, township 56, range 40 east. This land is located west of present-day S.W. 87th Avenue and north of S.W. 216 St. He then purchased 800 more acres of land just south of Cutler, below the Perrine grant, in late 1905.1 He added to his purchase in subsequent years until he had accumulated 1,700 acres. The Miami Metropolis reported in January of 1911 that he was “the owner of seventeen hundred acres at ‘Black Point’, a fertile tract of red land on the bay shore south of Cutler.” In April of 1912, the newspaper reported that “J. D. Brown, one of Cutler’s enterprising growers” had “charge of the 400-acre plantation of J. H. Ehrhart, a wealthy New York investor.” Ehrehart also owned “a large peach orchard” in Georgia which Brown managed, too. J. D. Brown’s name was misspelled by the newspaper reporter – it was really James Bedell Brown (1876-1951). He was of some relation to David Chappell Brown, the Brown in the Brown & Moody store in Cutler. The Browns were originally from Camden County, Georgia.

According to an article in the January 21, 1911 issue of The Miami Metropolis, Ehrehart named his estate “Franjo.” The origin of the name is probably a contraction of the first names of Frances L. Ehrehart and her husband, John. The article stated that “a fine rock road to Perrine” was being built to “bring the products from the farm much nearer transportation facilities.” That rock road is identified as the “Perrine Road” on the 1924 plat of Tenalla Ocean Farms, recorded in book 8 on page 124 of the Miami-Dade County records. The plat shows the property of J. H. Ehrehart at the northwest corner of what is now Old Cutler and Franjo Road, across the road from Franjo Park, which is the property shown on the plat as belonging to Dade County. 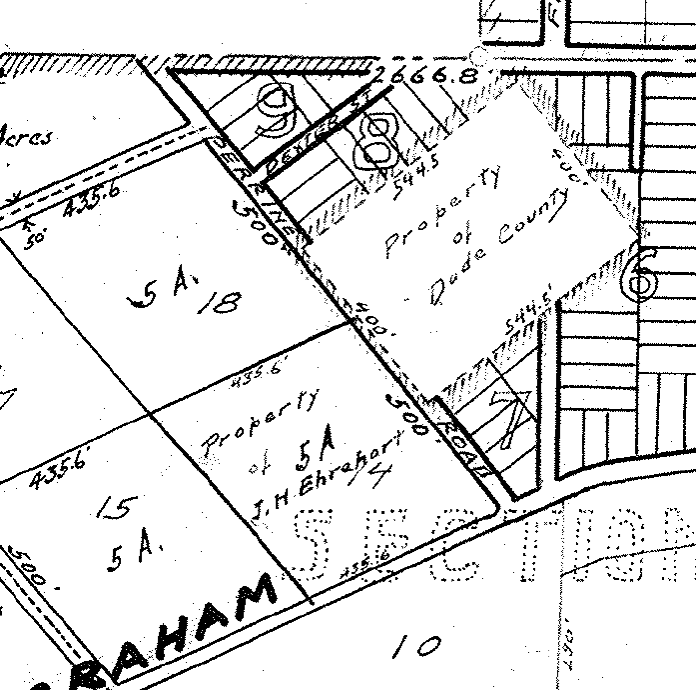 The 1930 U. S. census enumerated residents living on the Perrine Road. The name was changed to Franjo Road some time before early 1940, when C. M. Seifert built a house on the road.2 In 1933, Dade County beautified the road by planting 450 Canary Island date palms on either side of the road. The palms were donated by Dr. William S. Burkhart and the project only cost the County “$600, because of Dr. Burkhart’s tree gifts and the use of convict labor for most of the work,” according to an article in The Miami News on June 11, 1933.

The Tenalla Ocean Farms Corporation was incorporated earlier in 1924 by Arthur J. Gannon, an architect and builder in Miami and Dexter E. Richards, the former owner of the Bell Coal Company in Cincinnati, Ohio and a principal in the investment banking firm of Field, Richards & Co. in that city. Dexter’s first wife, Emma, who had died in 1923, was a sister of Reamy E. Field, the other principal of the company. The Miami News noted that Ehrehart had sold 1,000 acres to the principals of that corporation in an article dated March 8, 1924. He retained the 5 acres where his house was located, as shown on the plat. There was an initial burst of land sales in Tenalla Ocean Farms, but by the late 1920s, the Tenalla Ocean Farms Co. joined a long list of speculative real estate ventures that had failed as a result of the bursting of the real estate bubble that had begun as early as 1903.

There are no known photographs of the Ehrehart house but one might turn up in the future. A farming community known as Franjo Farms, with a school for African-American children, existed in the area but no research has ever been done about the people who lived and worked there. The Town of Tenalla was never built and the Tenalla Ocean Farms property was later acquired by Dr. Burkhart, who owned thousands of acres of land in the northern East Glade. G. Walter Peterson, a prominent potato grower in Goulds, purchased some of Burkhart’s land and later sold it to the developers of Saga Bay.